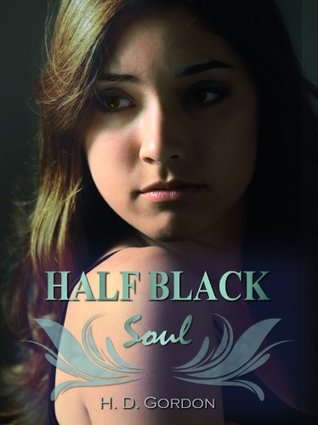 There isn't really much to say. This is the second book in the Alexa Montgomery Saga (PS what is with long, hard to say series titles?) and I'm pretty sure this book is self published (please do correct me if I'm wrong). Normally, for me, it doesn't matter if a book is self published: I simply want a book I enjoy. This book, it's weird to say, I could tell it was self published because there were various places in the novel where I thought 'hmmm... this needs to be edited'.

Honestly, I'm really disappointed. The first book in this series, Blood Warrior, was a pleasure to read and I anticipated reading the sequel for a long while. What I loved about the first book, the action, the drama and the originality is all that seems to be lacking in Half Black Soul.

Also, I can't say I'm a big fan of the different viewpoints in Half Black Soul. First: the different characters' voices appeared to be almost identical even though I know from the previous book that they are practically opposites. Second: The viewpoint changed after usually only one chapter in one viewpoint so while I started to get interested in one situation, the novel would suddenly switch to the other character and her situation.

So not to make you think that I hated Half Black Soul I'll only mention one more negative... the elimination of one of the parts of the love triangle. Don't get me wrong, love triangles aren't my favourite things in Young/New Adult novels, however I can tolerate them when they fit in with the story. In Half Black Soul I felt like Gordon abruptly took away a guy from the love triangle purely because she thought it was too complicated to keep a character other then Kayden (the other guy) close to the main character (Alexa (: ).

Even though there were so many things I just didn't seem to like, I do think I will carry on with this series.
It's because I liked Blood Warrior so much... Ughh. Damn my hope in books! Damn my need to finish a series I start!

(I'm so confused... should I rate harshly?.. I guess I'll just have to go smack down in the middle.)

Music choice:  There's a lot of emphasis of being 'one of a kind' in Half Black Soul so my pick is Boulevard of Broken Dreams by Green Day...