Review: The Back Door of Midnight by Elizabeth Chandler 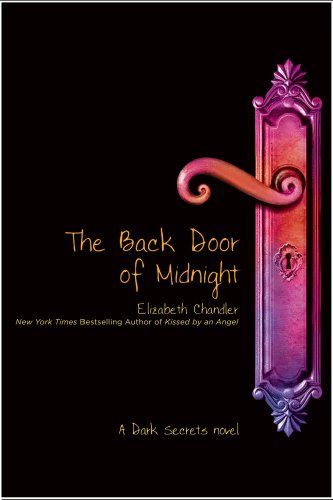 Anna knows her family is crazy. But when she goes to visit her aunt and uncle for the summer and learns that her uncle’s charred body has been found, her life reaches a new level of insanity. Her erratic aunt’s “psychic” abilities are exaggerated by her grief, and have become borderline violent. Alone in an unfamiliar town, Anna struggles to pick up the pieces and establish any sense of normalcy. She desperately wants to trust Zack, the cute boy next door, but even he might know more about the incident than he is letting on.

But when Anna starts feeling an inexplicable pull to the site of her uncle’s murder, she begins to believe that her family’s supernatural gifts are real after all. Torn between loyalty and suspicion, Anna is certain of only one thing: she must discover who killed her uncle or she could be next....

There are different reasons for reading books, sometimes to simply appreciate the beauty of the writing, sometimes to learn something, sometimes to open your mind to new ideas... there are tons of reasons. My reason for reading this one was pretty simple, I needed an escape, all I was doing for weeks was revising and needed a book that I could read for a couple of minutes a day and feel relief, escape.

I wanted fluff. Complete and utter fluff. Nothing that would make me think too hard but also, nothing stupid, sexist or damn annoying which would make me very, very angry. The Back Door of Midnight ticked all the boxes, Chandler is a great Young Adult author and I would definitely recommend this book if you're in dire need of escape or if you just enjoy a cute book because... that's just it: The Back Door of Midnight is a cute mystery with a slightly dark feel and a touch of romance thrown in for good measure.

Anna is a likeable protagonist who goes through a lot but is still able to work through her problems with a clear head. It was a little strange how little the death of Anna's uncle affected her but if Anna was a real person, I would totally be okay with talking to her and being friends (I have now decided I'm putting female protagonists into one of two categories when I read a book, either yes, we could be friends or no, she should just remain a fictional character forever). The romance is a little underdeveloped and the love interest, Zack, is a bit of a douche if I'm being perfectly honest.

However, the plot makes up for the slightly disappointing love story, it was fun to guess who the murderer was and how all the characters were connected. It was shocking when the killer was revealed! This could be because I really wasn't thinking too much when reading The Back Door of Midnight or because I haven't had much experience in reading mysteries but whatever the reasoning behind why I was shocked, I was shocked all the same.

If I had read this book at a different time I probably would've automatically disliked The Back Door of Midnight for the lack of character development and disappointing romance however not being completely invested in the characters made putting down the book more easy to do when I really needed to revise. You would think that it would be hard to pick up the book again for the same reason but I thoroughly enjoyed the plot and the overall feel of the book is pretty original; both fluffy and dark at the same time.

In one sentence? The Back Door of Midnight is an entertaining read.

Music choice:  This is probably a very shocking pick but I think it works, The Back Door of Midnight isn't as light as this song but nevertheless, this song.. Shocked by Kylie Minogue. :)